As most of you are aware, ZenMaid had a mobile app outage last month (June 2021) that lasted through a weekend and into Monday morning. We are aware this caused severe issues for some of our users and was unnecessarily inconvenient for many more.

This post will explore what happened, why it happened, and what we’re doing as a company to prevent this from happening in the future. By taking action on these findings, we intend to show you that we’re learning and improving our business, the same way you do with your maid service.

Before I jump into the technical side:

If you’re reading this and last month’s issue caused you to rethink your relationship with ZenMaid, please contact our support team and we’ll assist you in smoothly transitioning to another solution. Our goal has always been to make maid services successful and if our software isn’t the best option for your business, we’d like to help you transition to one that is.

In a nutshell: ZenMaid is offered in multiple languages across the globe. Our mobile team fixed a bug affecting users who used the Polish language in their logins. That ‘fix’ inadvertently broke the English versions of the apps which are used by 90+% of our users. We quickly realized the error and submitted our 1st fix to Apple and Android. Android was approved quickly, but Apple, a $1T company, doesn’t work on weekends and we missed their window to approve the fix. This turned what should have been a minor issue into a major one.

We realized it was an All hands on deck situation when our initial fixes did not slow the problem down. Everyone at ZenMaid, from the development team, to the success team, and even our behind the scenes operations team all played a part over the weekend in getting us back up and running.

Our support team especially did a nice job of working outside of their regular schedules and committed to working longer hours in order get messages responded to as quickly as possible They also helped our users keep their businesses up and running despite the issue: they emailed users with updates, helped get cleaners their work orders when appropriate, sent maid service their schedules if they were out on the field, and triaged each issue until there was a confirmed resolution and everything was back to working order.

However, while our entire team was working behind the scenes, I didn’t do a great job of updating publicly the situation and how we were handling it in real time. Some of you saw some updates on our Facebook groups but we did not have a system in place to let our users know by email quickly. I’m working to address this now so that there is better communication in future situations.

Also being worked on:

Our team is also working on adding a test suite for our mobile platforms. Our team has to test out the apps when we make changes which is time consuming and tedious. This situation was caused because our developer ran the basic tests to confirm the reported problem was fixed, but not enough to know the rest of the system had broken. This was a human error (not his fault) that could have been prevented with extensive (and expensive) automated testing we’re investing now.
One of the biggest problems caused by the mobile outage last month was that folks couldn’t send their ‘on the way’ texts that your clients know and love. That’s why we’ve added that feature into our web apps to defend against this!

Sometimes, as a business owner, having something go wrong is stressful and as you know, learning curves that create an opportunity for growth are humbling. We sincerely apologize for the stress this caused but, we are committed to you, our valued client. Thank you for everyone’s patience during that time!

PS As a friendly reminder / for those considering ZenMaid:

I stated at the beginning of this post that this issue severely affected some of our users. The reason it did not impact many of our users is because the ZenMaid software already offers the following to you and your cleaners:

Because we are responsible for making sure that you have access to your schedules when you need it, we’ve built in several contingency plans that keep your best interest in mind

Learn why 1500+ other maid service owners use & love ZenMaid every single day: 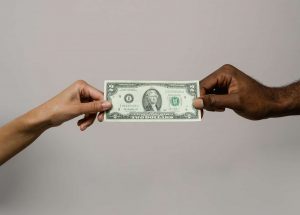